Not only promoting the healthy growth of aquatic plants, Aqua Soil-Amazonia is also popular as a substrate material ideal for breeding bee shrimps and other aquatic creatures. The greatest feature of this soil is in its quality natural black soil as an ingredient. Then, how superior is Aqua Soil-Amazonia? Let’s compare this product with other types of soil focussing on the trend in water quality. 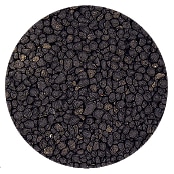 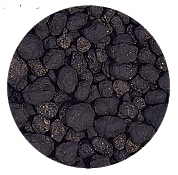 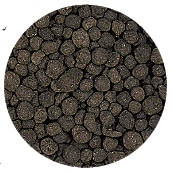 Company A Soil
The grains of the soil from Company A are quite rough in spite of the product name containing the word “powder”. The gap between the soil pH and water pH is relatively great and the pH level of the water is not as low as Aqua Soil-Amazonia. As for the trend of water quality, the NO3 level is abnormally high while COD level is very low despite the relatively high nutrient content. In view of this fact, it can be suspected that this soil contains little natural organic compounds that are beneficial to breeding of shrimps. 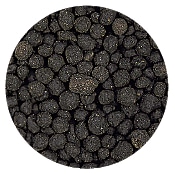 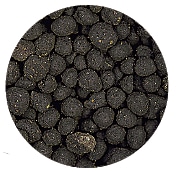 Company C Soil
Although having the similar appearance, the soil from Company C shows significantly different trend in water quality as compared to the solid from Company A and B. Its distinguishing characteristics are soil and water pH which are not very low and high level of TDS. In view of the fact that TDS level rises with the increase of dissolved irons, it can be suspected that some inorganic compounds may leach out of this soil. The soil is likely to contain little organic compounds as its COD level is low. 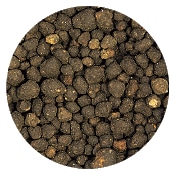 Company D Soil
The soil form Company D features slightly brownish colour. As can be estimated from its appearance, this soil shows a low level of COD and NH4. This indicates that the soil does not contain much natural organic compounds and nitrogen. As for pH, both soil pH and water pH are not very low just like the soil from Company C. This soil showed a relatively high level of TDS, which indicates the leaching of inorganic compounds.

Soil made in China
This is a soil sold in China which is an imitation of Aqua Soil-Amazonia. When looked at closely, it can be observed that there are grains in various colours in the soil. In view of the fact that both soil and water pH is below 4.0, which is a critical level for living beings, this soil is unsuitable for breeding of any kind of living organisms. Furthermore it is highly likely that certain chemical ingredients are mixed with the soil since its nitrogen level is too low for its abnormally high TDS and COD levels.

Being popularly used as the substrate material for Nature Aquarium, Aqua Soil-Amazonia is outstandingly effective for growing aquatic plants as proven by a numerous number of Nature Aquarium created. Then, what beneficial effects does Aqua Soil-Amazonia have and how is it different from other substrate soils released by manufacturers other than ADA? A comparison of trend in water quality related to the growth of aquatic plants showed that other soils have significantly different characteristics from Aqua Soil-Amazonia despite their similar appearance. Moreover, most of the solid other than Aqua Soil-Amazonia are likely to contain certain ingredients other than natural soil, as can be assumed from their characteristic water quality trend. Particularly, the soil made in China, which indicates a pH value that poses a danger to all the living things, is not even worth considering its use for the growth of aquatic plants. 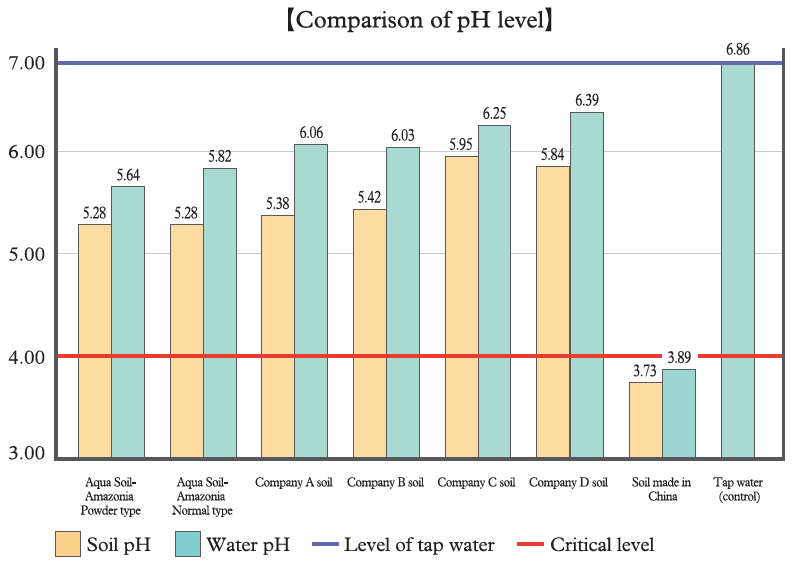 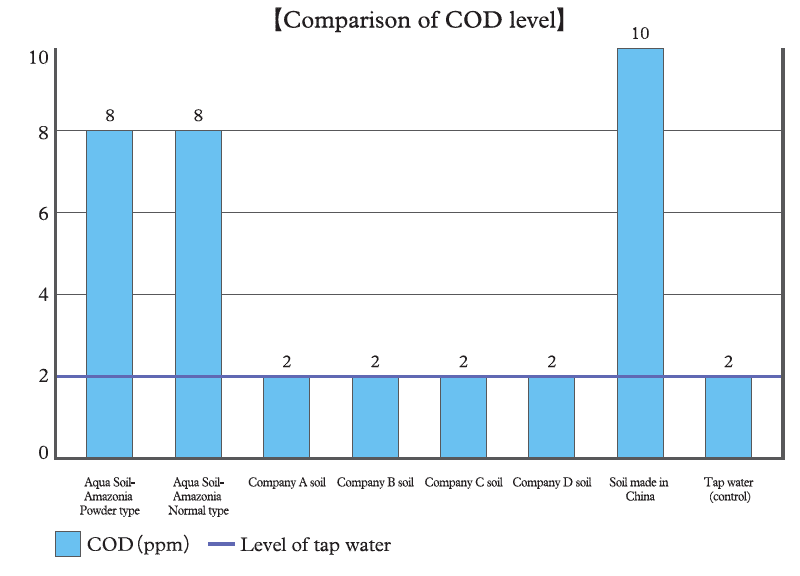 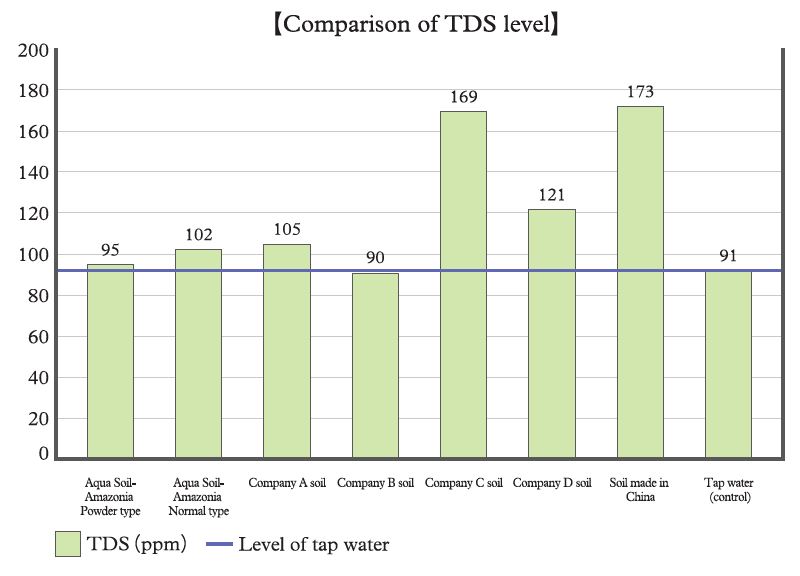 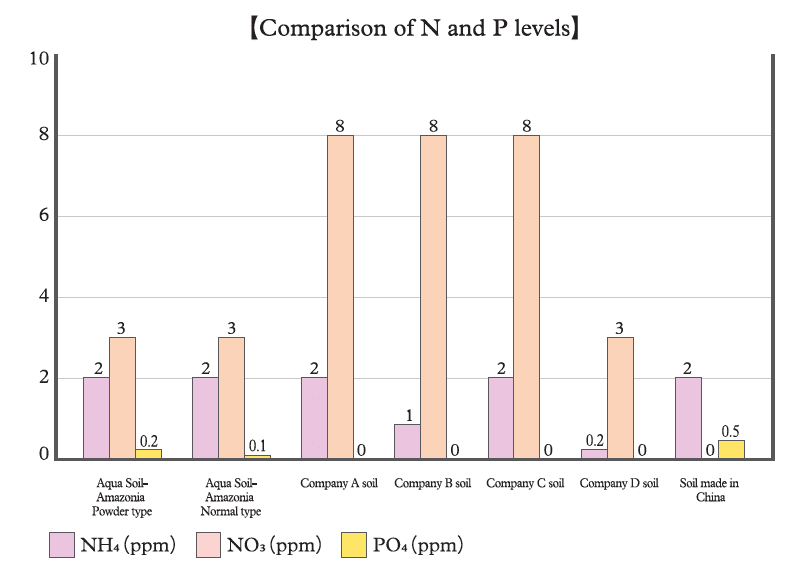 *Comparison of water quality is made in a small container for experimental use. The value/level may vary from the case when the comparison is made in an actual aquarium tank.
In addition, the products using natural soil as the ingredient may show different value/level for each of them. Refer to the data as a reference for the trend in water quality.